A cycle of talks on the Ticino art system

In an area about twice as large as the Province of Como, but with half the population, the Canton of Ticino has six contemporary art museums, a few foundations, more than fifty galleries, an internationally renowned fair and a good number of artists whose works are presented in both private and public exhibition contexts.

The contemporary art system in Ticino deserves to be analysed in terms of its supporting structures. For this reason, the Aldo Galli Academy of Fine Arts - IED Network in Como, which boasts a number of students from the canton, organised a series of talks between museum directors, gallery owners and artists from across the border at the Galli Academy.

The Ticino Art Today project is part of the IED group's project “Not An Artist”. The project chronicles the professions, events, professionals and new professions in the world of Art.

A debate between artists Matteo Fieni, Cosimo Filippini and Alex Dorici, a former pupil of the Galli Academy.

The transcripts of the individual speeches were collected in a publication - Ticino Art Today - conceived as a sort of “guide” to contemporary art in Ticino: a small volume - the first of the “Quaderni dell'Accademia Aldo Galli” - aimed primarily at the Italian public that is increasingly visiting Ticino for cultural reasons. 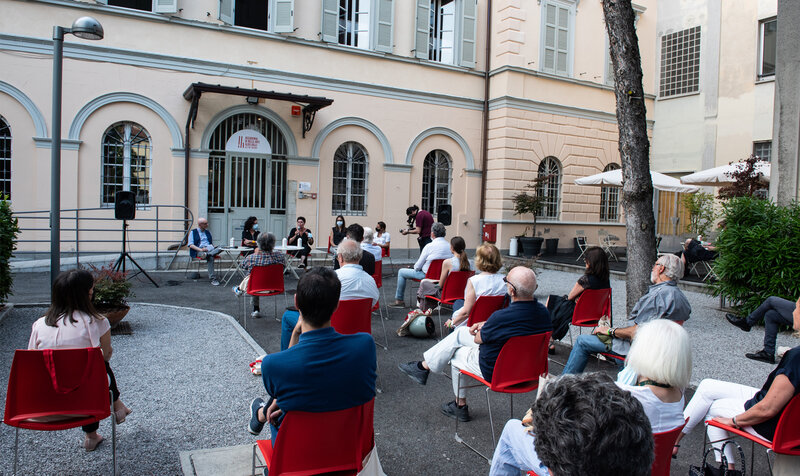 Project from the courses of